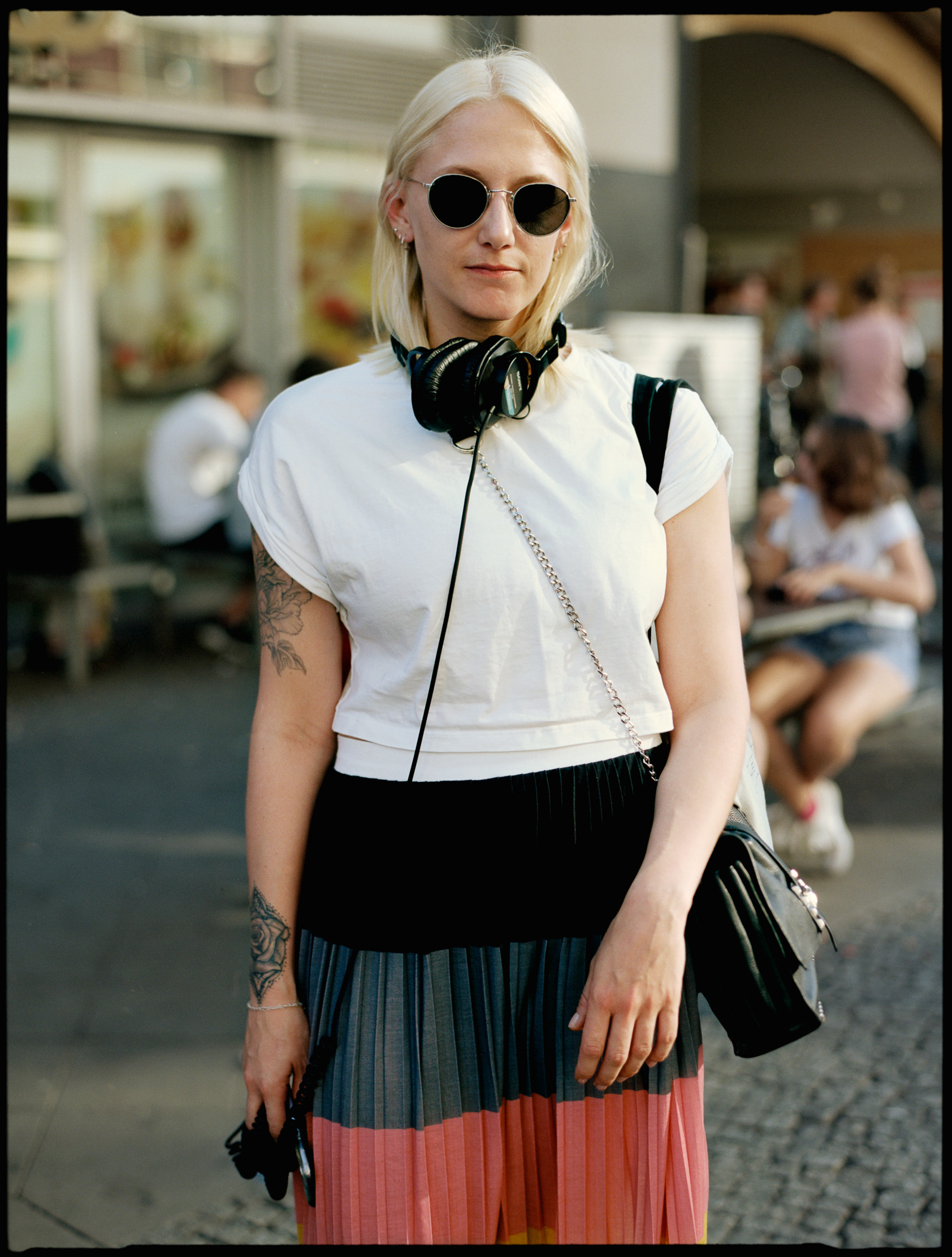 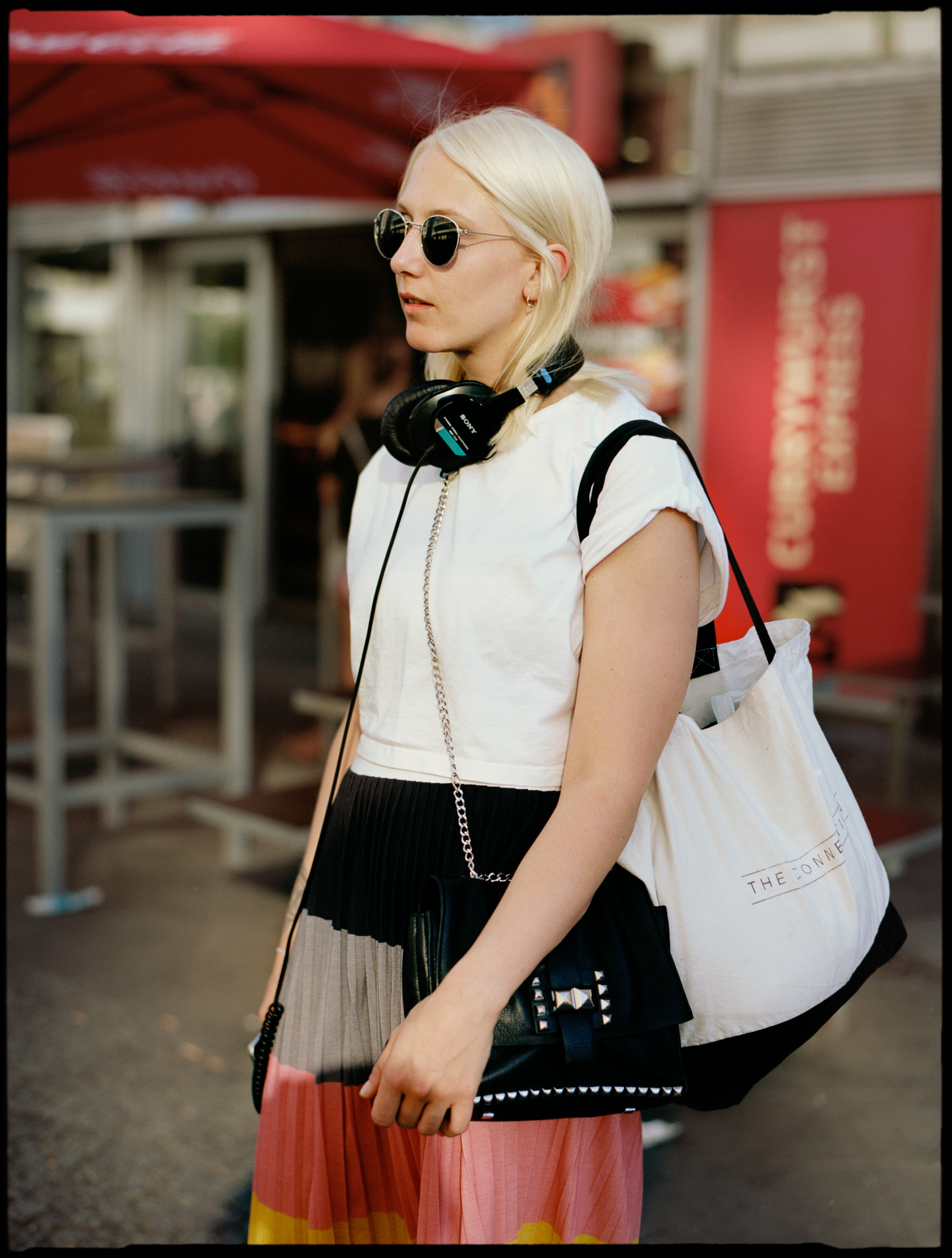 I took my last film and put it in my camera. Then I wrote my friend that I´m very sorry because I will be late for the dinner. I realised that as long as I had film left to shoot there would be no way I would get on the tram. At this moment I turned around, and I saw this beautiful woman wearing this fantastic skirt. She attracted my attention with her fairy pale skin and her shiny blond hair. It was in such contrast with her nice tattoos and her rock style. When I asked her if I could take a picture of her, She was startled, and I had to promise that it would only take a few minutes. I had the feeling that she was uncomfortable having her picture taken in front of all the people passing by but she was doing it so well.

Because Of… such a beautiful face. #Schiller Kiez